Our mission is to tell the story of colonizing Mars in an accurate and compelling way so that more people are inspired to become explorers and pioneers of the final frontier. 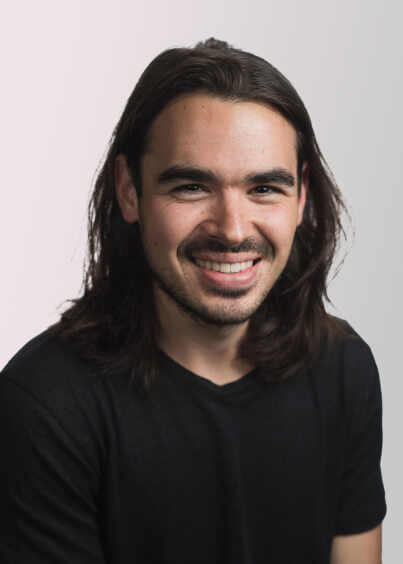 Founder
Hunter started his career at Apple, helping launch products such as the Apple Watch, iPad Pro, and Apple Music as a creative engineer on Apple.com. Most recently, he was the creative director of global brand design at Magic Leap, an augmented reality company with $2.6 billion in funding.

Why Mars?
“If I’m going to drive a Rover anywhere, it might as well be through the Martian landscape.” 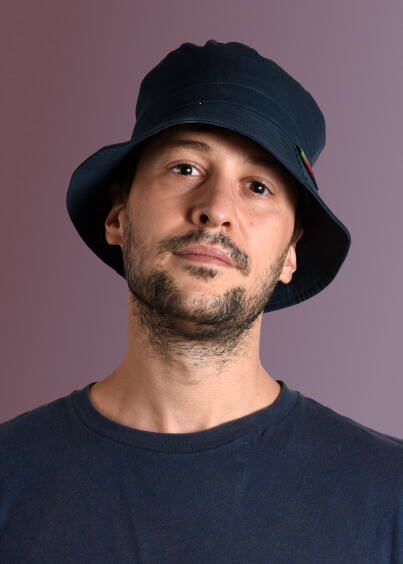 Design Lead
Andy is a full-stack designer based in Buenos Aires, Argentina. He has been working with big companies and tech startups for almost 15 years.Since 2018 he has run Ander.Agency, a boutique brand & product design agency. He also plays music, hosts podcasts and is a big fan of Lio Messi.

Why Mars?
I want to be the first person to use comic sans on the red planet 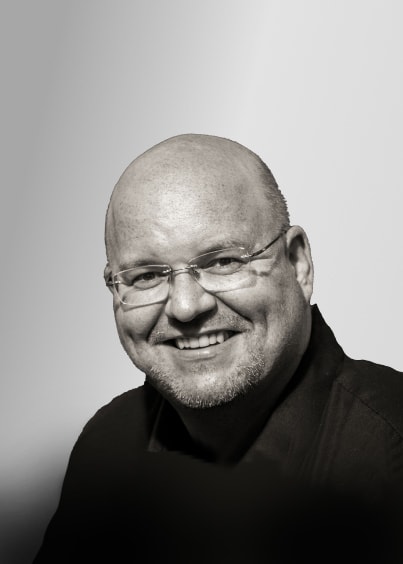 Engineering Lead
Chris's career started as an infrastructure engineer building out enterprise-level architectures to support a global business model across multiple data centers. Rather quickly, his passion turned to software engineering and he began learning the "development" side of the house. Through the explosion of cloud technologies, he jumped on board helping customers navigate the landscape and realize the benefits cloud computing had to offer, bridging both software and hardware needs to help design solutions to solve complex problems.

Why Mars?
To return some of the pieces of Mars that have fallen to Earth ;) 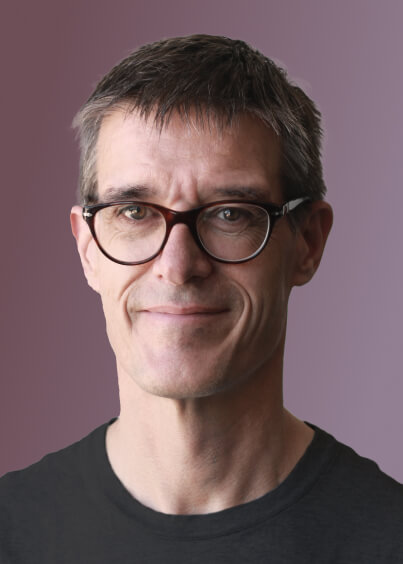 Story Lead
Sci-fi writer with a dozen published novels, including the NYT International bestseller Cathy’s Book, considered the first “transmedia novel.” Co-creator of the ARG genre as lead writer on the The Beast, I Love Bees for Halo 2, and the Nine Inch Nails collaboration Year Zero. Emmy Award for Interactive Television and Creative Director for Xbox Entertainment Studios.

Why Mars?
Sure, it’s a long way away, but it’s still a whole new world that’s a lot closer than Middle Earth. Also, I’m allergic to horses, and Mars is horse-free. 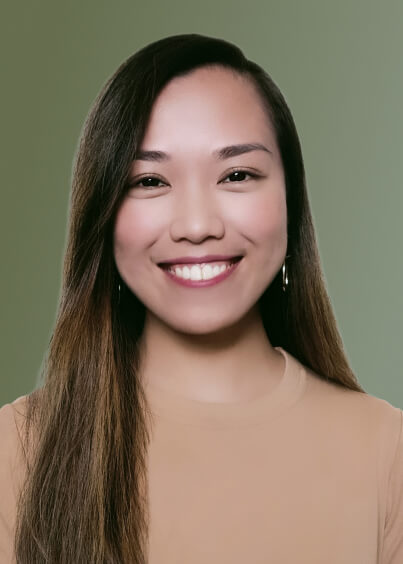 Operations Lead
Liezl is a Certified Scrum Master and Digital Marketer with over a decade of experience in agile marketing and project management for startups and award-winning companies in big data, SaaS, prop tech, financial education and luxury hospitality industry. She is a philomath, an EI coach & podcaster, a crypto trader, an NFT enthusiast & guild leader and a firm believer in the power of play.

Why Mars?
As NASA states, "curiosity and exploration are vital to the human spirit." Besides, why be a mere tourist when you can actually build a new society in space? 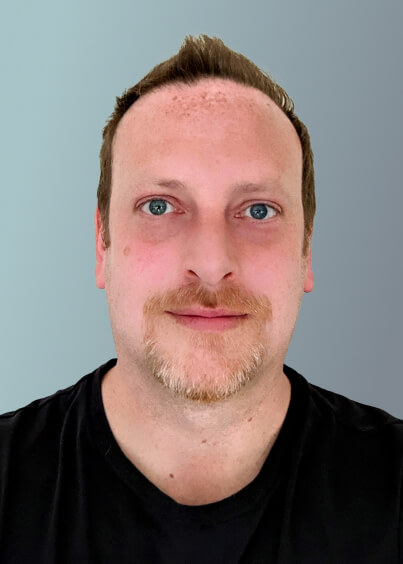 Sr. Gameplay Designer
Tom is a qualified Power Systems Engineer and member of British MENSA, with varied experience in engineering and finance. His specialism in designing balanced and efficient systems and processes, coupled with his love of computer games and science-fiction, adds a real-world viewpoint to the gameplay design.

Why Mars?
Being UK based, the weather on Mars can’t be worse than here 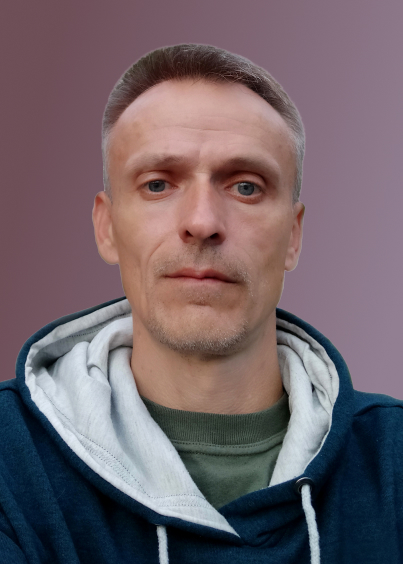 Architecture & City Design Lead
Roman is an architect from Ukraine. 25 years of practice in architecture and design using 3D modeling tools and CAD. Bionics and Parametric Design inspire him to search for new forms and bold solutions.

Why Mars?
Because it will be an amazing feat of mankind. And I'm glad to be a part of it. 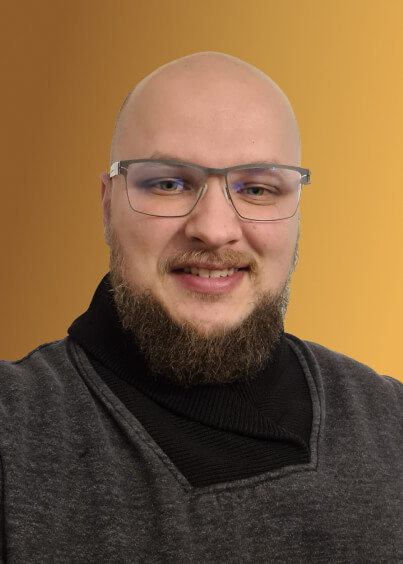 Project Management
Started working as a QA tester 10 years ago, founded his own company and then migrated slowly towards project management. Also being a passionate drummer, he likes to set the rhythm for the engineering team and make sure that, for as much as possible, the tempo remains the same for each release.

Why Mars?
I’d like to play some music up there, to the people of the colony. Martia could also be a new genre and if you think about it, the first concert would probably have as audience the entire population of the planet at that moment in time! 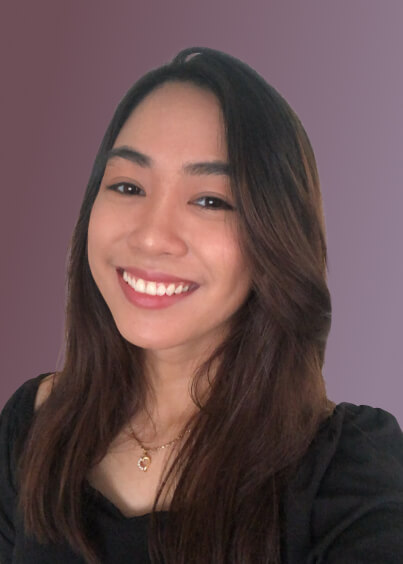 Strategy Lead
Angela has more than 5 years of experience in Digital Marketing and has worked with more than 15 brands and companies from various industries. She is a multipotentialite who has a degree in Engineering Design, manages company investments, and coaches people how to trade the Financial Markets.

Why Mars?
I’d like to know if I’ll age slower on Mars. 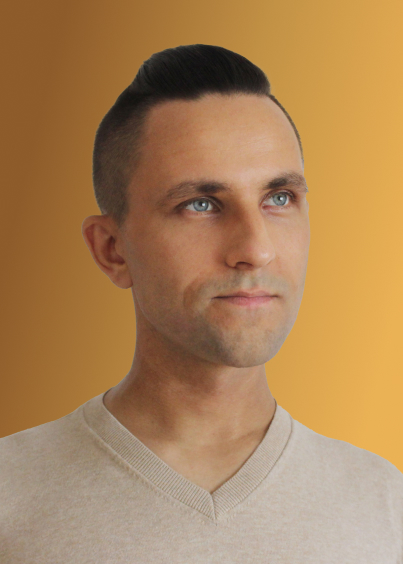 Why Mars?
Mars for me is like a new level for my imagination to express scientific research and creativity in a highly advanced, artificial intelligence based environment 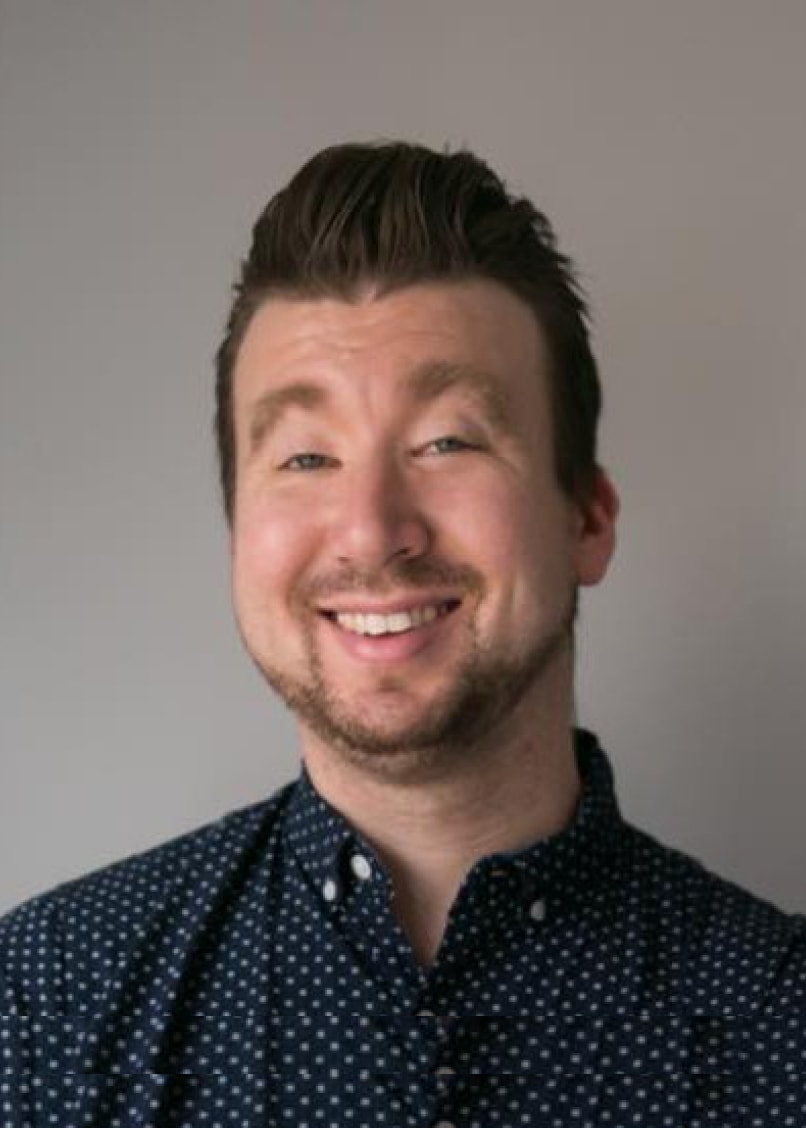 Blockchain Developer
Embedded systems developer with over 10 years of development experience. I pivoted my career towards blockchain development in 2021 and have since developed several P2E games spanning across multiple chains along with a feature complete Web3 affiliate marketing platform.

Why Mars?
Because my wife said I can’t actually go to mars. So this is the next best thing! 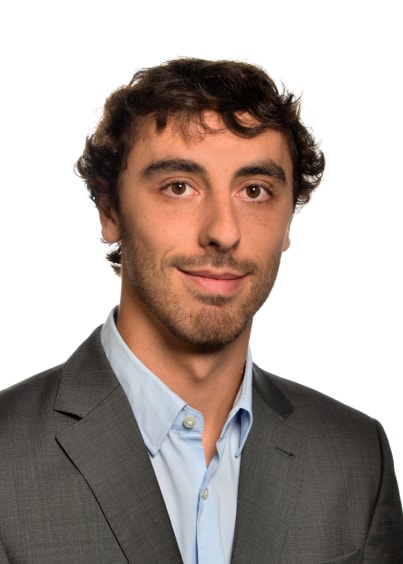 Blockchain Developer
Cyrill is a robotics engineer, currently pursuing his PhD in distributed robotics. This gives him the perfect mindset for figuring out the distributed logic of blockchains. Having always been fond of gaming he soon started deploying his own smart contracts once he discovered blockchain games.

Why Mars?
It’s the only (potentially) viable alternative to Earth for the Human race given our current technology. 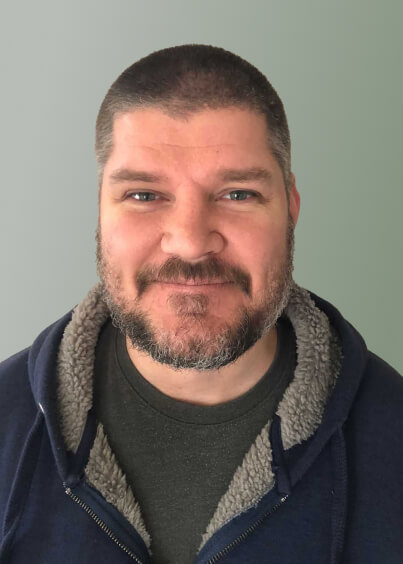 Gameplay Systems Designer
Sam created Wrath of Tezca on the wax blockchain, putting together a team of 8 people to bring a long term passion project into the NFT space. During his time on the project he acted as designer, programmer, producer and CEO, but his main passion has always been game system design and Colonize Mars lets him spend time doing this - in between still doing his various roles on Wrath of Tezca and looking after his two children.

Why Mars?
Tezca scratches the itch for fantasy, going to Mars could be a reality, and that excites me. 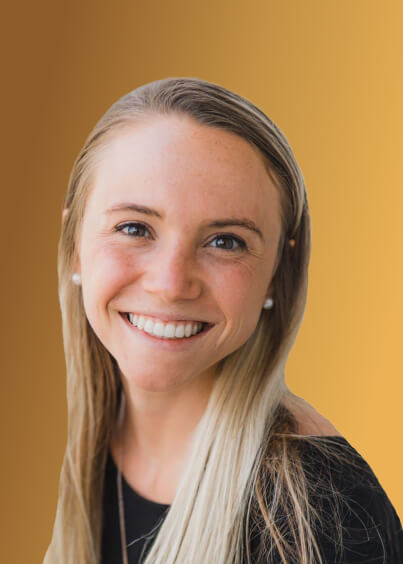 Operations
Graduated from Grove City College in 2021 with a degree in Communications and a minor in Digital Entrepreneurship. She is a master of detail and organization and is always looking for ways to improve processes for the company and team while absorbing as much information as possible.

Why Mars?
Traveling is fun 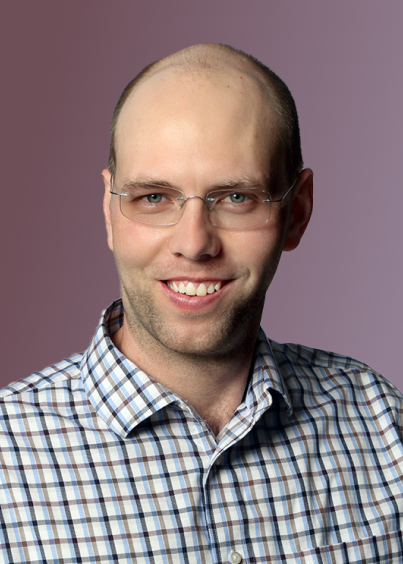 Lead Bioneer
Doctor of Plant Medicine with 20 years of applying knowledge of biosystems from the lab to the field.

Why Mars?
If we can learn to  expand independent of Earth's natural resources, we will uncover better paths forward for life and not feel so resource constrained which drives conflict. 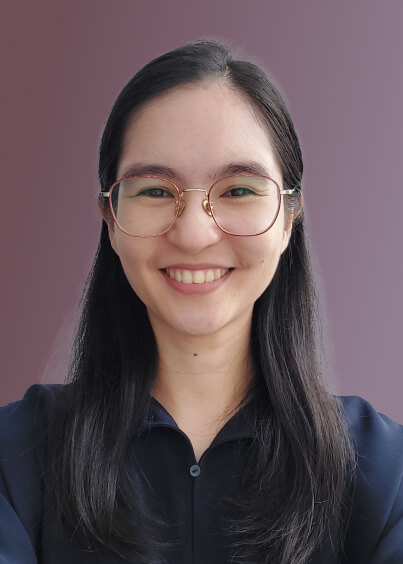 Content Lead
Hannah has done her rounds in the publishing industry from bookshop management to copy editing to technical writing, eventually publishing her own children’s story book, before shifting to managing digital marketing content while collecting NFT whitelists on the side.

Why Mars?
​​Would be nice to stargaze on another planet (sans Mars dust). “Look, there’s Earth!” Also to answer the age-old question of “Do you ever feel like someone’s watching us from up there?” Yes. I’m watching you. 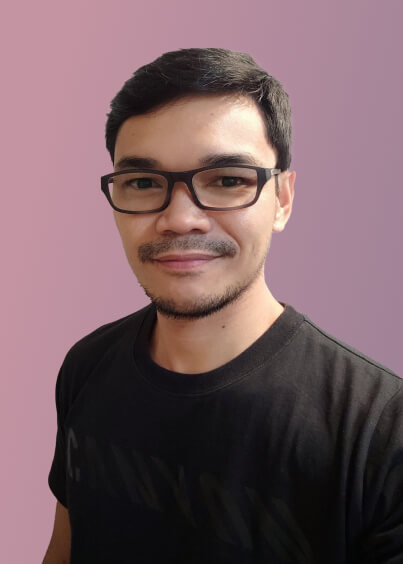 Exchange and Partnerships Lead
Pow used to manage corporate retirement funds as an investment banker for more than a decade before pursuing a career in digital marketing. He is the main author of “The Little Book of Trading Secrets,” a book about technical analysis trading for stocks and cryptocurrencies. He survived the Covid-19 lockdowns with his pitbull, Toby.

Why Mars?
Gravel cycling on Mars sounds awesome. And I want to be the first person to run a marathon on the red planet too! 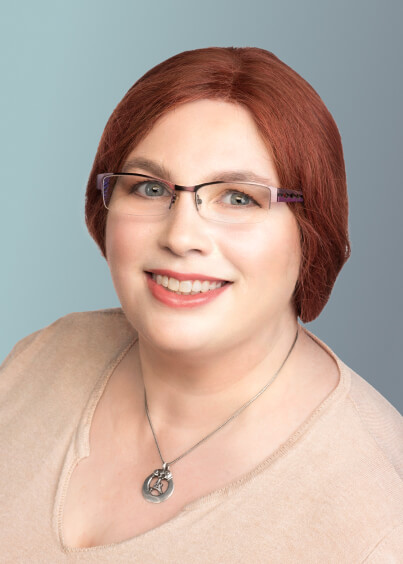 Community Manager
Stéphanie is a trained operational auditor with an earlier education in sciences. As a board member of the Belgian Mensa, she organized the European
gathering of the association in 2019, managing 550 attendants and a team of 20 volunteers over 5 days.

Why Mars?
Because destiny is as much a matter of choice than of luck. And... d*mn! If Shatner can
go to space, why couldn't I? 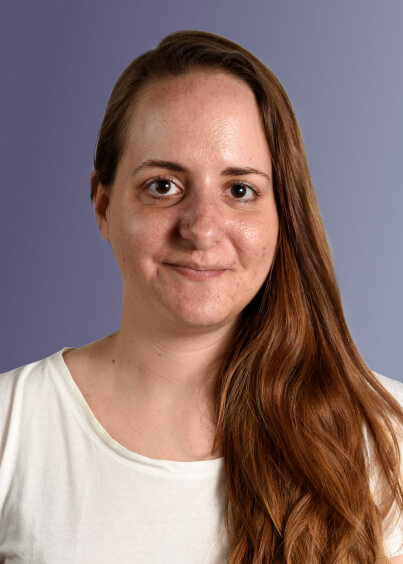 Sr. Graphic Designer
Vicky is an Argentine graphic designer with more than 15 years working in brand management for large and small companies. She loves astronomy and, especially, sky

Why Mars?
Witnessing how something that seemed unattainable as children and was only part of science fiction movies becoming a reality is a privilege. 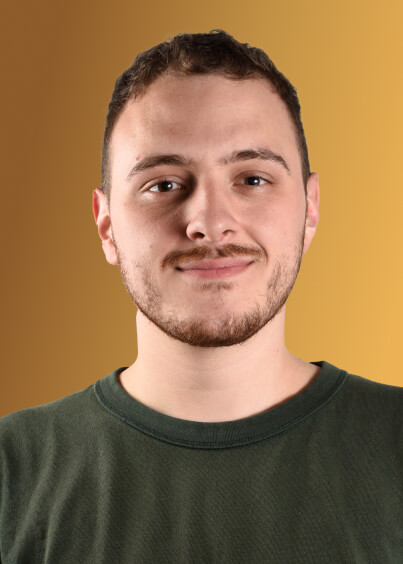 UX/UI & Graphic Designer
Iñaki is a designer based in Buenos Aires, Argentina. His background in both graphic design and front-end development naturally led him to getting involved in digital product design, and that has been his main focus for the last 4 years. He is always up for discussing obscure music, videogames and art history.

Why Mars?
As a full-on astro-nerd, Iñaki couldn’t pass up the opportunity to put to work his 20+ years of watching astronomy documentaries. 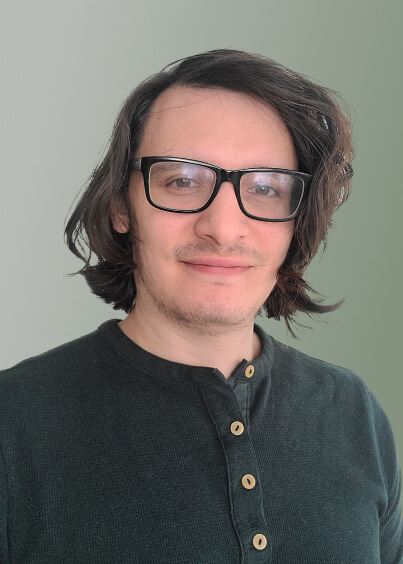 Unity Developer
Since 2009, David has worked in games and XR as a professional engineer and designer. A versatile generalist, David has shipped products across many platforms over the years, including the Emmy-nominated Blade Runner: Memory Lab, on which he served as both Lead Interaction Designer and Lead Engineer.

Why Mars?
The Apollo program proved to the world that humans could accomplish great things by working together. In my mind, Mars serves as a symbol for our continued belief in mankind's ability to move forward. 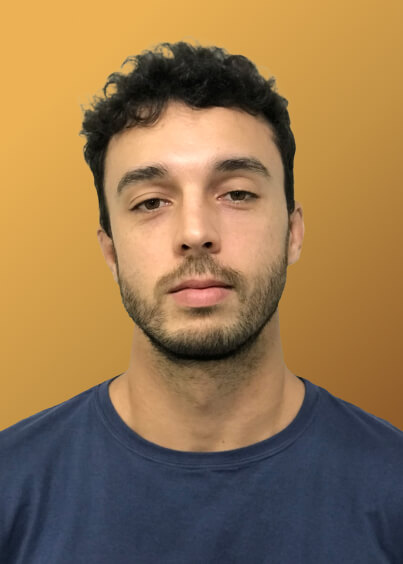 Backend Developer
Felipe has been developing digital problems solvers for over 10 years. Dropped out of college to start a 9 year old business, nowadays he’s focusing on backend development for challenging and cool projects. Loves sports and beaches, from teaching and competing in Jiu-jitsu to Software Engineering, he’s what you call an all around generalist guy.

Why Mars?
A good beginning, for humans as a multiplanetary species. 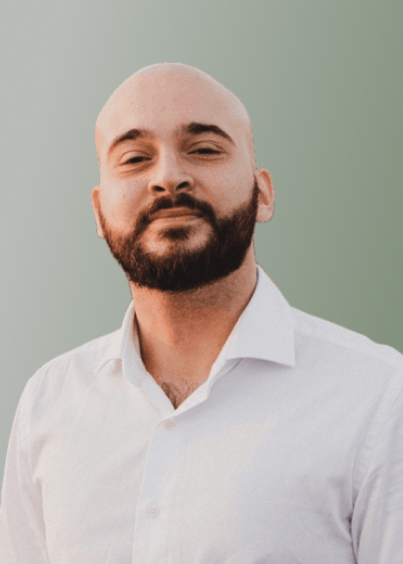 Why Mars?
Why not?

Lead Writer
Maureen McHugh is a Hugo Award winning novelist and short story writer. She was a story editor and writer on the ARGs ILoveBees and Year Zero.  She lives in Austin, Texas.
‍
Why Mars?
Sitting around on Earth means putting all our eggs in one basket. Also, I could probably do a handspring in one-third gravity.

Why Mars?
Venus too hot, Moon too easy. Europa too far away - not a lot of options really. 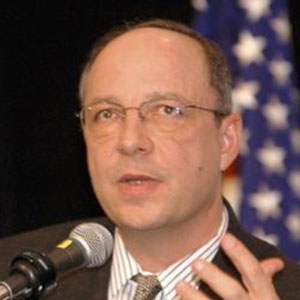 SPACE ARCHITECTURE ADVISOR
Author and Space/Future Themed Experience Designer and Developer He is the founder of the Space Tourism Society (STS – 1996) and Co-Founder of the Space Tourism Conference (STC)
He is establishing the outer space yachting industry modeled after ocean super yachts and designer of the first orbital super yacht named Destiny. He is also the co-founder and designer of the proposed $2B Mars World immersive attraction and luxury resort. He is based in West Los Angeles. 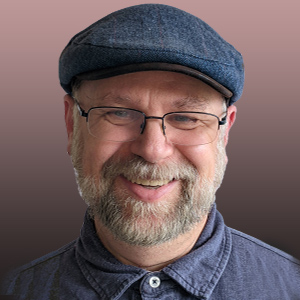 Science Advisor
Philip has degrees in physics, mathematics, and education. He has consulted on various projects, including outreach work for the Perimeter Institute for Theoretical Physics and science consulting for The Beast and other ARGs. After a successful career, including an award from the Canadian Association of Physicists for teaching excellence, he's "semi-retired" and hoping to focus on cool projects like this one! 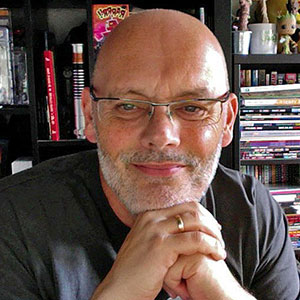 Story Advisor
Andy has worked for over thirty years as a creator developing story worlds across many platforms: comics, video games, TV and film. He is best known for writing Marvel's Guardians of the Galaxy comic series- source material for the smash-hit movies. Recently, Andy spent eight years as the Executive Creative Director for Magic Leap, spearheading partnerships with some of the world’s leading creative companies, like The Royal Shakespeare Company, Imaginarium Studios and Weta Workshop. In 2020 Andy helped form QXR Studios, a studio that specialises in creating AR experiences and launched Metropolis Origins, an NFT-based collectable card game. 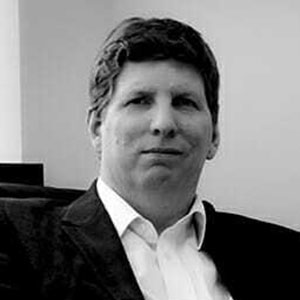 Chris Carberry is CEO and co-founder of Explore Mars, Inc. a nonprofit which was created to advance the goal of sending humans to Mars within the next two decades. The organization also encourages the use of STEM curriculum in the classroom to instill a desire to pursue space exploration for future generations.
Follow us on:

Team
Buy Cards
Craft
FAQ
Whitepaper
Radio
Collection
Community
Suscribe to our Newsletter
Thank you! Your submission has been received!
Oops! Something went wrong while submitting the form.

Colonize Mars™ is a blockchain-based simulation game about strategy, exploration, and building a life on the red planet.